Casino Rama at a Glance for Gamblers 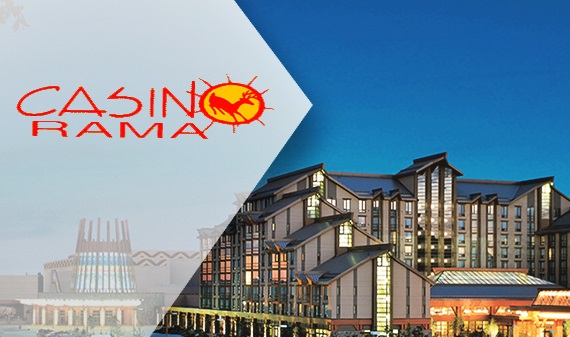 This entertainment centre has presented a wide variety of stars during the years it has been in operation. It has hosted Johnny Mathis, Gloria Estefan, Deep Purple, Olivia Newton-John and Tom Jones, Dolly Parton and Ringo Starr, among a host of other well known stars. The centre, with all its concerts and entertainments has proved to be a great draw card for the citizens of Ontario.

The casino has a huge array of slots games, the classic three reel games as well. Most of the slots games are the more modern five reel games, with either a certain number of pay lines, or winning ways. This casino uses software from several of the premier casino games developers, so players have a wide choice of the slots games they can play.

All the latest and best of the most popular slots available are included in the range offered at Casino Rama, like Game of Thrones and Big Bang Theory.  There is also a good range of progressive jackpot games, and these will give some lucky players a random jackpot, with some of the winnings players are able to win reaching six figures. These games will also show players the amounts they might win if they are in the right place at the right time.

All the Traditional Table Games

The traditional table games that the casino offers are all the well known variants, with some unusual form of the well known games as well. Players can play European roulette and American roulette, Baccarat and mini and midi Baccarat, Caribbean Stud Poker and Pai Gow Poker and Let it Ride Poker. There is also Sic Bo, craps, blackjack and Spanish 21.

The hotel in the Rama resort complex has three hundred rooms, featuring spa and health club facilities, and every facility guests could possibly need for a lovely holiday. With the great casino next door, all the entertainment you could want is on your doorstep.

Resort Situated on the Reserve Land of Rama First Nation

Casino Rama has also hosted a number of live boxing events, entitled Rumble at Rama. In 2011 the Bellator Fighting Championship event was held at the entertainment centre in the Casino Rama.

Casino Rama is located on the reserve land of Chippewas of Rama First Nation, situated on the eastern shores of Lake Couchiching.  A joint venture between First Nations, commercial operators Penn National Gaming and the Ontario Lottery and Gaming Corporation, it is Ontario’s only First Nations commercial casino. It is also Canada’s largest First Nation casino. The casino opened in 1996. Parts of the casino building, including the entrance to the casino, are adorned with some fascinating and colourful murals of artwork of some of the First Nations.